Chris Maloney, a Johnson City resident, founded Wallace Theatre in 2020. He grew up in a small town in South Carolina, but he has traveled all over the country.

Chris started his acting career in Jacksonville, FL in 2001. He performed in hundreds of improv shows, led corporate workshops, and trained adults & children in the art of improv. Chris moved to Chicago in 2004 to train at legendary theatres such as Second City, ComedySportz, and Annoyance Theatre. His performance accolades during that time also includes commercials, short film, touring MC/Host for live events, professional storytelling, and a traveling children's theatre company.

Following a career change in 2010 to web marketing & software, Chris made his 2nd move to Chicago in 2014 for real estate investing & tech entrepreneurship. Chris relocated to Johnson City and has re-ignited his passion for improv, live theatre, and film. Chris opened Wallace Theatre to bring his unique expertise to the downtown community of Johnson City.

Events at the Theatre

You can view descriptions and use ticket links below for our regularly scheduled shows. Events can also be found on our Facebook page. The theatre is BYOB, but please no outside food. We have a basic selection of soda, popcorn, and candy. 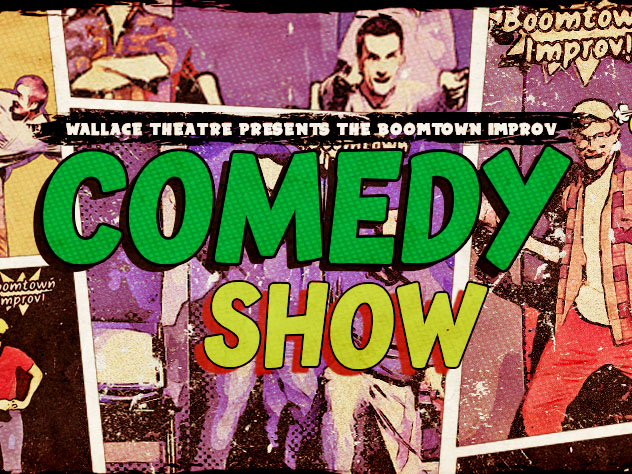 Shows are fast paced and fun featuring short form improv games in the style of 'Whose Line Is It Anyway'. Every show is unique as the players have no script and adapt to the audience and fellow players. Shows are rated PG-13 with some language & innuendo. 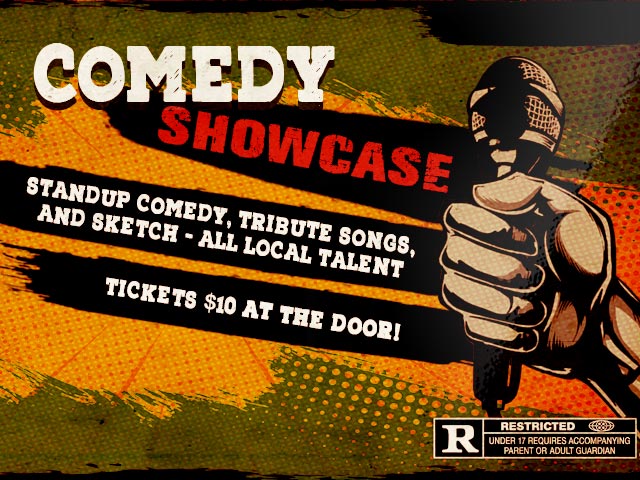 Each month we have different types of stand-up comedy shows. Shows may includes stand up comedy, storytelling, musical acts, sketch, and more. Show is rated R as strong language and adult topics will be allowed. 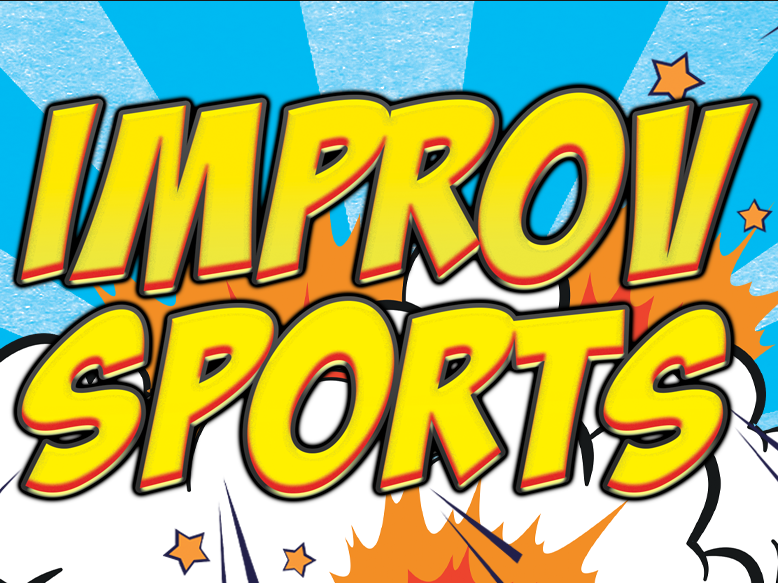 This is our latest improv format! Witness two teams battling it out performing improv scenes, re-enactments, street jokes, and more. This show is zany and fun with flairs of sporting event elements. The winning team is decided by audience vote! 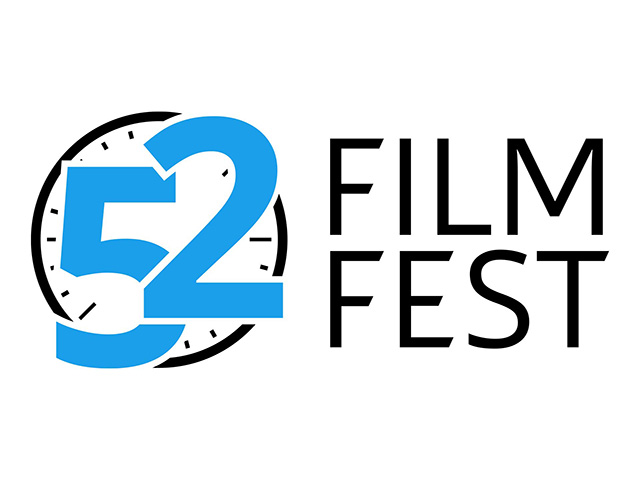 This once a year festival is coming up in early March! Teams have 52 hours to write, shoot, and edit a short film with a public screening at the end. It may prove to be one of the most challenging and memorable moments of your life! Learn more below.

Check out some photos of the new theatre space! There is a mix of different types of live performance and films at the theatre. 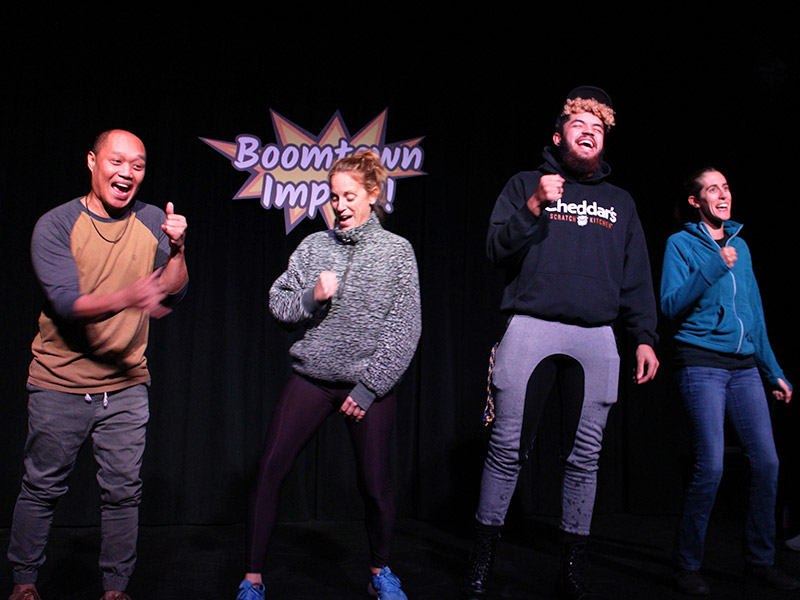 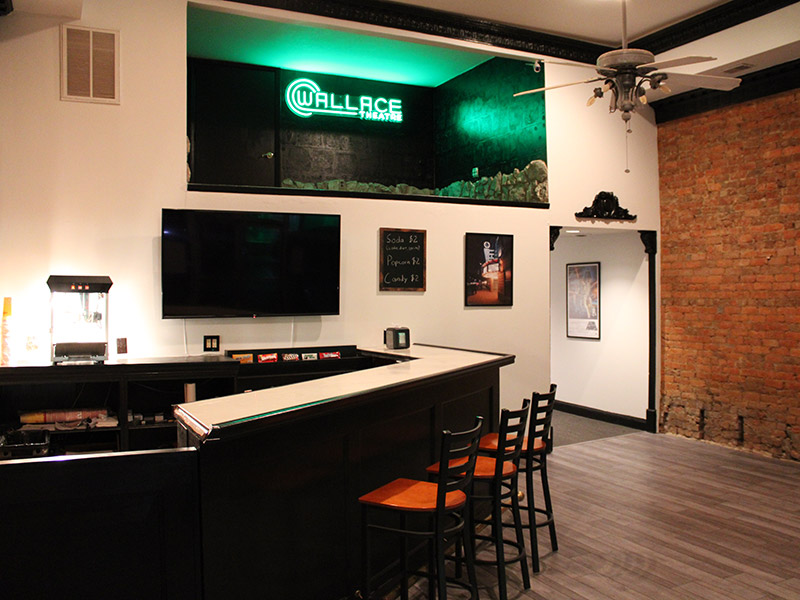 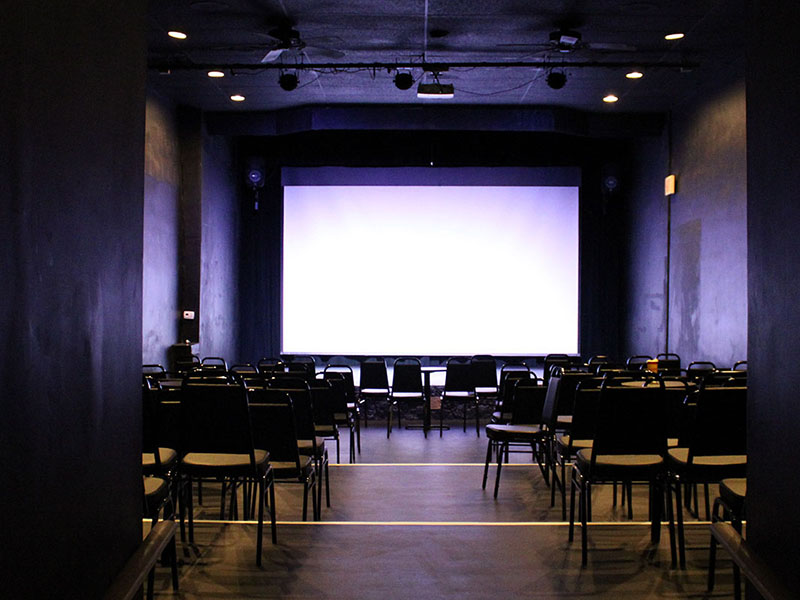 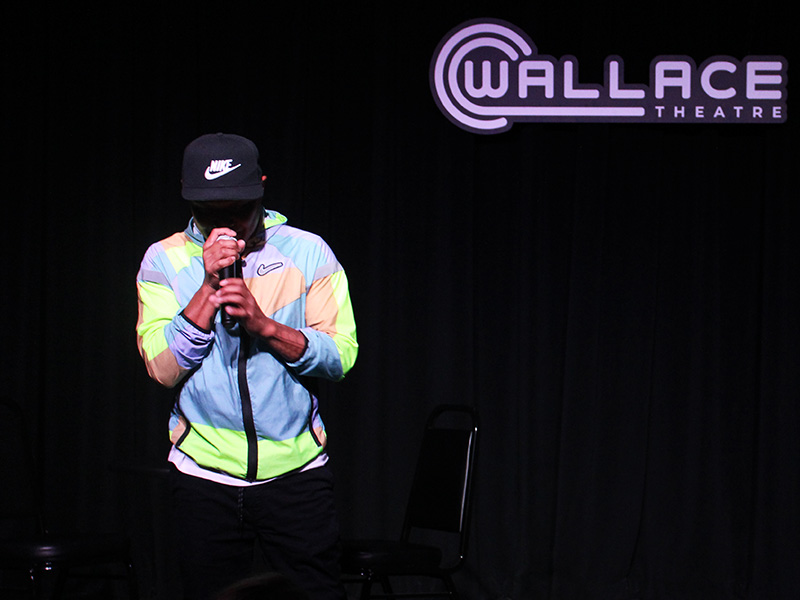 History of the Wallace Building 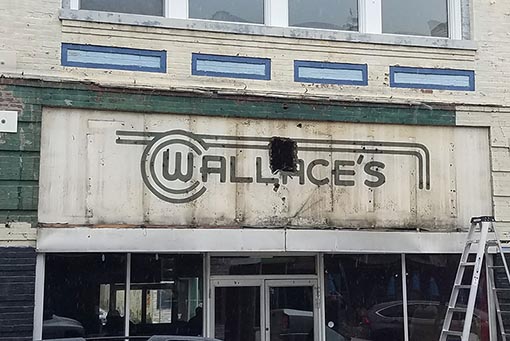 One of the first renovation projects was to remove the old awning and strip the paint on the brick. We were expecting to find brick behind the awning, and the plan was to install a hanging sign in it's place.

Once the awning was removed, everyone was surprised to find old building signage from the 1950s with the text Wallace's.

Discovering the history and purpose of Wallace's was going to take some research. 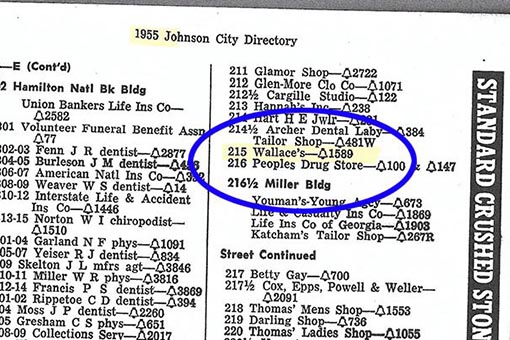 After making a few calls, I was able to find out more about the old building signage. The Johnson City library was able to pull a business directory from the 1950s. It was discovered that Wallace's was a shoe store next to the popular Betty Gay women's clothing store. The Wallace's shoe store was first seen in 1955.

Wallace's Shoes was ultimately dissolved as a company in the 1990s, but the amazing discovery left quite an impact on me. 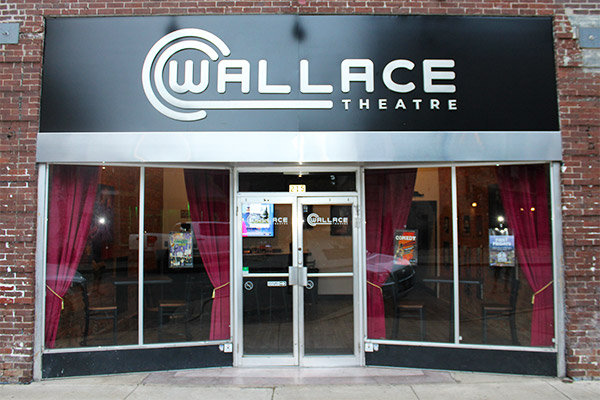 Before the old signage was discovered, I had already decided on a name and logo for theatre. However, once I saw the original retro logo it made me completely change directions. I really loved the aesthetics and retro look of the old Wallace's logo.

I hired a designer to capture the feel of the logo but update the text to Wallace Theatre. The new logo was meant to have a similar design to the old logo but add a modern touch to it.

In the end, it felt like the decision was made for me.

Drop In On A Show!

Our Facebook events section is the best place to stay updated on our calendar.

Why choose Our Restaurant 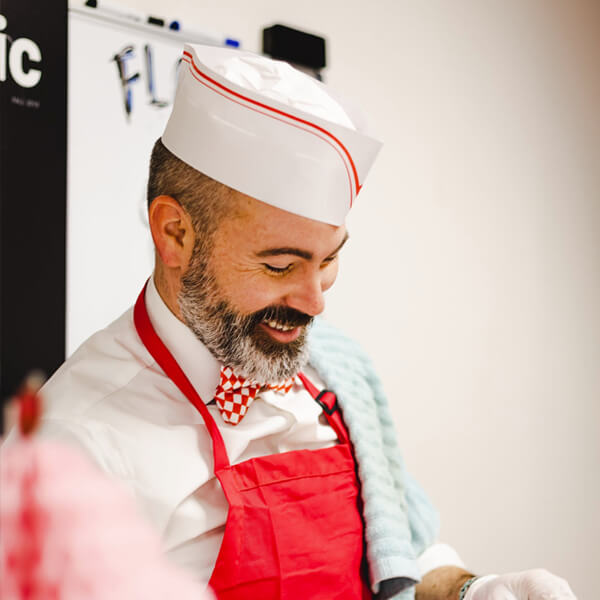 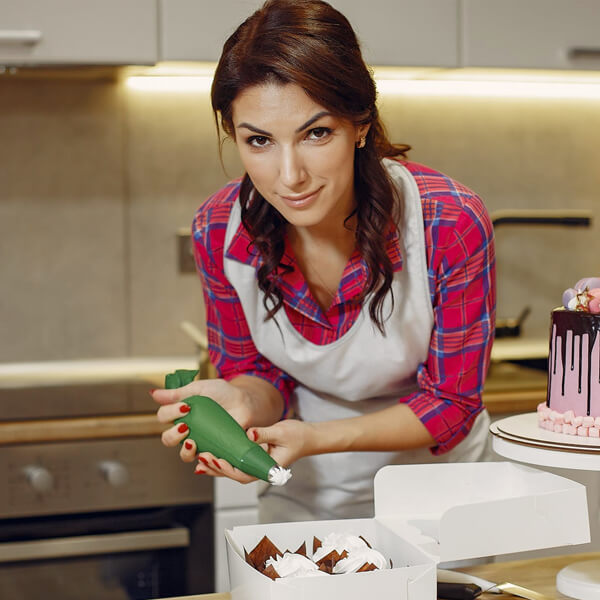 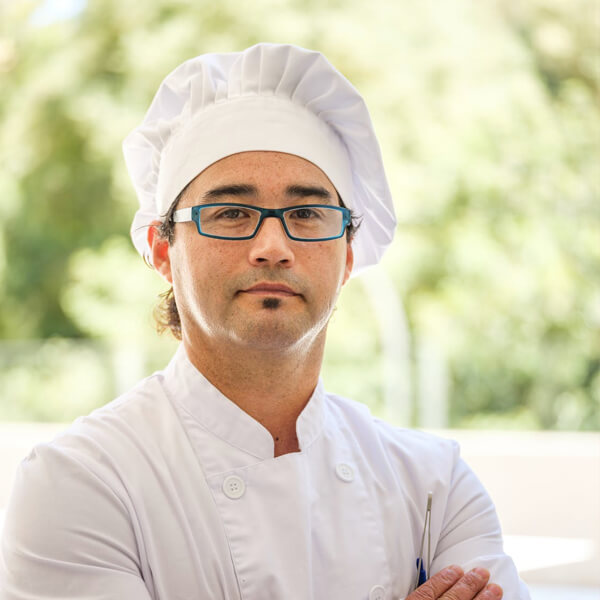 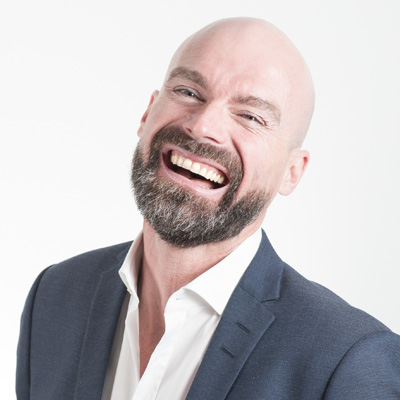 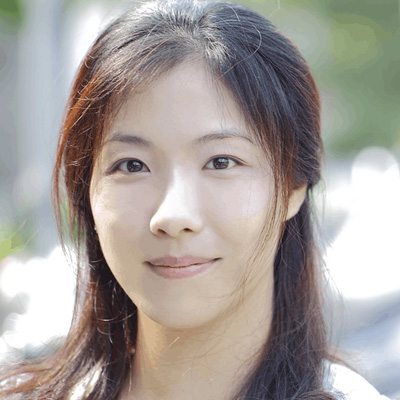 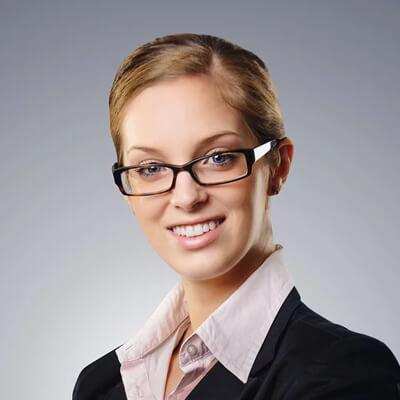 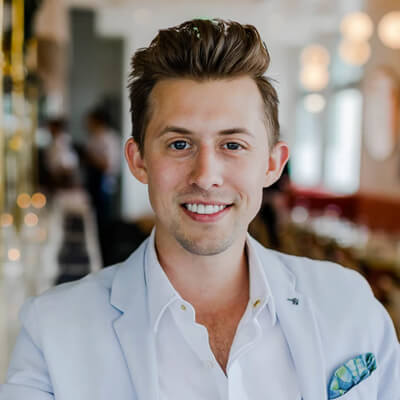 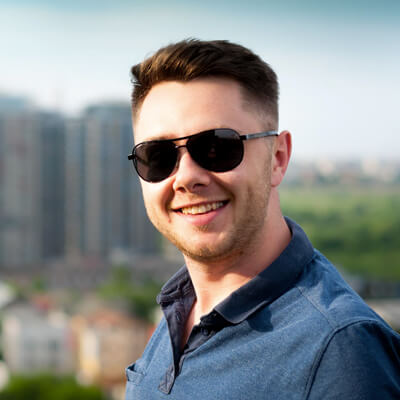